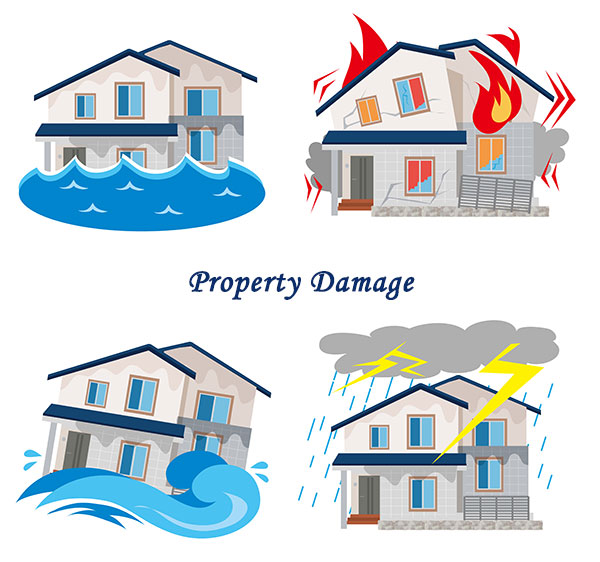 What Types of Disasters Does Homeowner Insurance Cover?

Homeowners insurance policies refer to perils covered. They insure both the property and structure, as well as, the personal belongings inside against these perils. You’ll find that most of the regularly occurring Michigan natural disasters receive coverage under a standard homeowner’s policy.

Most weather events receive coverage under the policy. The exception to this is floods caused by rising water. This normally occurs when heavy rains or thunderstorms dump large amounts of precipitation on an unprepared area. Flood requires a separate policy from the National Flood Insurance Program (NFIP).

Earthquakes require a separate policy, too. The standard policy does not cover them. While this does not present a problem in Michigan, it does if you move to a state like California or Oklahoma.

Carefully study the geologic report before purchasing your home because most homeowners’ policies do not cover sinkholes. If you’re not familiar with the term, it refers to the subsidence of land. Essentially, when the ground gives way and creates a large cavity in the earth, you have a sinkhole.

Some homeowners’ policies that cover named-perils also cover damage from the weight of snow or ice, frozen pipes and falling objects which includes asteroids and defunct satellites.

What Does It Cover?

Besides paying for damage to your home itself and for the items inside it, the policy helps by paying for damages to other structures like a detached garage, perimeter fence or the driveway. It also provides liability coverage that protects you financially if you get sued when a visitor to your home gets injured. It doesn’t matter if it’s someone who tripped and fell poolside or if the neighbor got struck by lightning at your summer barbeque. You’re covered. The third major additional coverage is loss-of-use coverage. If damages make your home temporarily uninhabitable, the insurance pays for hotel expenses and food costs.

Ultimately, you should read your policy to learn the specifics of what your homeowner’s policy covers. You may have coverage that extends beyond the standard policy. Your insurance company may allow you to include special riders to the policy to extend its coverage. Read your policy carefully and know what it contains.